The Official Panini Sticker book is released for every major International football tournament and has proven to be a massively popular hobby for fans of all ages. However, the 2019 Womens World Cup sticker book only features 17 players from each squad, when in fact, squads include 23 players. So the MIFA project aims to illustrate every player that is a part of their world cup squad, but not part of the sticker book.
The project encourages top artists from around the globe to take one player each and illustrate them. The art will then be published as a book, with a limited number of copies being sold and 100% of the profits given to a football related charity.
For this series I created two illustrations in very different styles. My illustrations were of Norwegian forward Amalie Eikeland​​​​​​​ and Canadian goalkeeper Sabrina D'Angelo.​​​​​​​​​​​​​​ 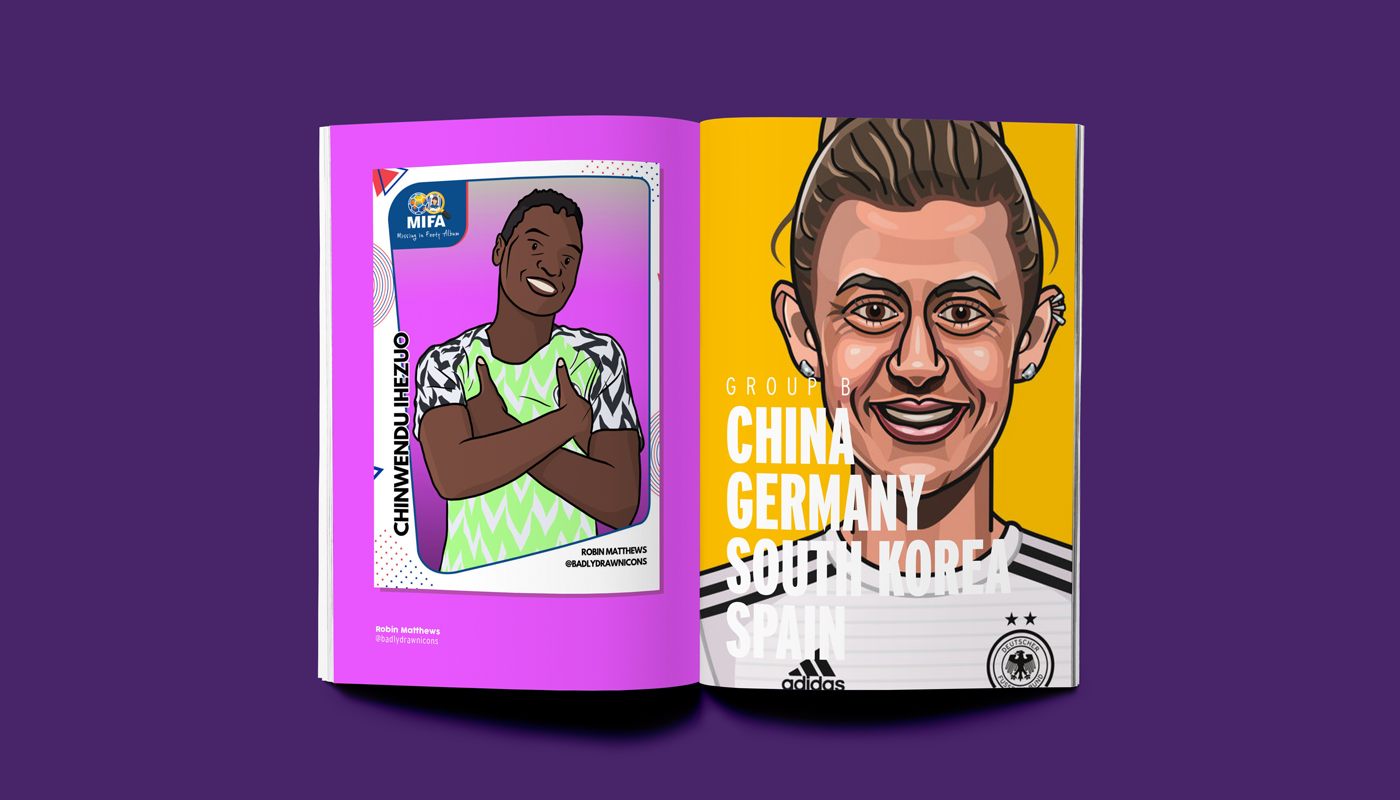 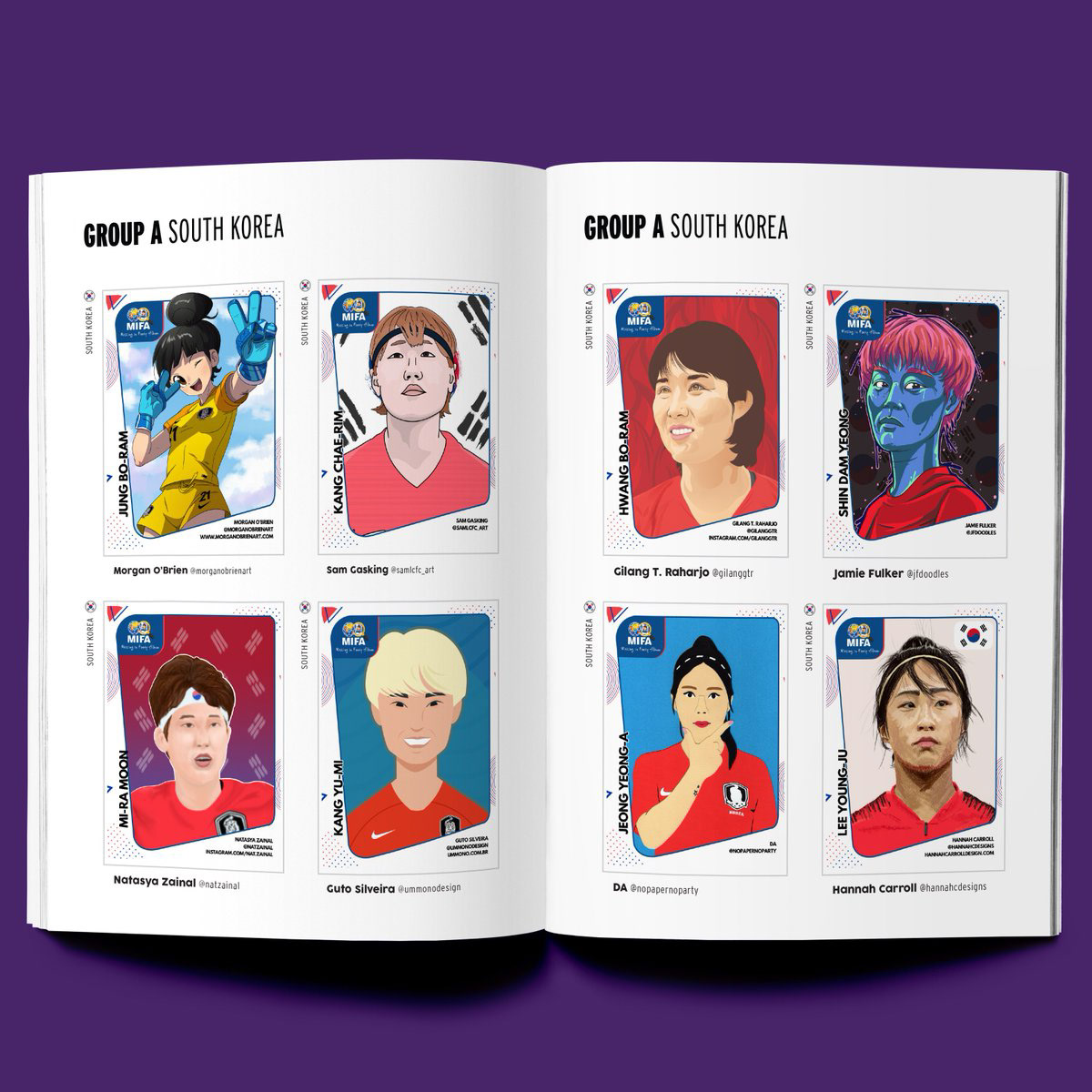 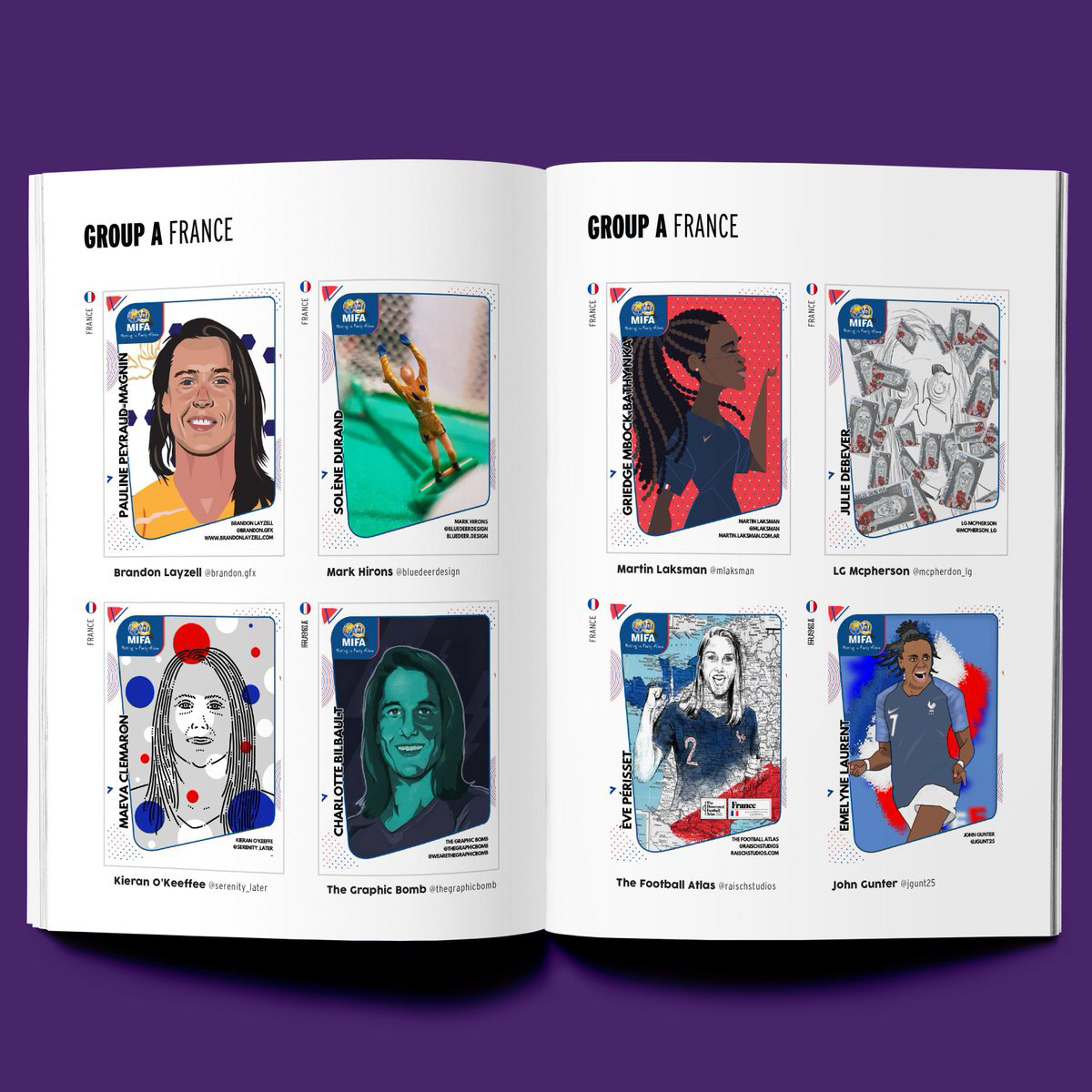 View all the entries on the MIFA website link below!
www.davewilldesign.com/mifa2019
{ ONLINE RECOGNITION }